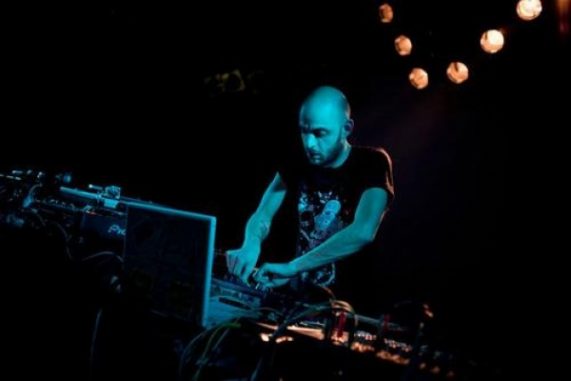 Cristiano Crisci aka Digi Galessio was born in 1981 in Florence.

He start his musician career as mc of the 3ck crew.

In 2000 he start to play alto saxophone.

Until 2003 he play in little jazz clubs into the tuscany area, then with Pierangelo Spitilli (doublebass) and Lorenzo Nardi (drums and percussions) start the band called trio cane.

They record the first album Era meglio se spendevi i soldi in fumo in 2003.

In 2004 he create the project A Smile For Timbuctu.

The project oscillates among music, graphics-design, installations and performances.

This CD was composed of four songs, a lot of different stickers and two t-shirts.

In 2006, they appeared on a compilation for the american Mana Media.

In 2007, they released Our Disco Disastro, the album was produced by Audio Aubergine and offers 13 amazing tunes.

Again, it was released with the usual stickers and t-shirts, this time produced by The Gold Mark.

Always in 2007 they appears in two many compilations, the first one is a CD released by TO LOSE LA TRACK from italy.

The second is a net release, Tone Wars vol.1. In 2008 a smile for timbuctu start to collaborate with kazoomzoom records (the world s first net label for children), from new york city. the first step it is a song for the kazoomzoom presentation release SILLY SONGS.

Always for kazoomzoom asft produce his third disc: OUR CORTO DISCORSO, This happy 5-song EP is a spin on A Smile for Timbuctu last album, Our Disco Disastro, and is played only with synthesizers and drum machines.

In 2006 asft start to work with the artist Robert Pettena. In 2008 Crisci start his solo project as Digi Galessio.